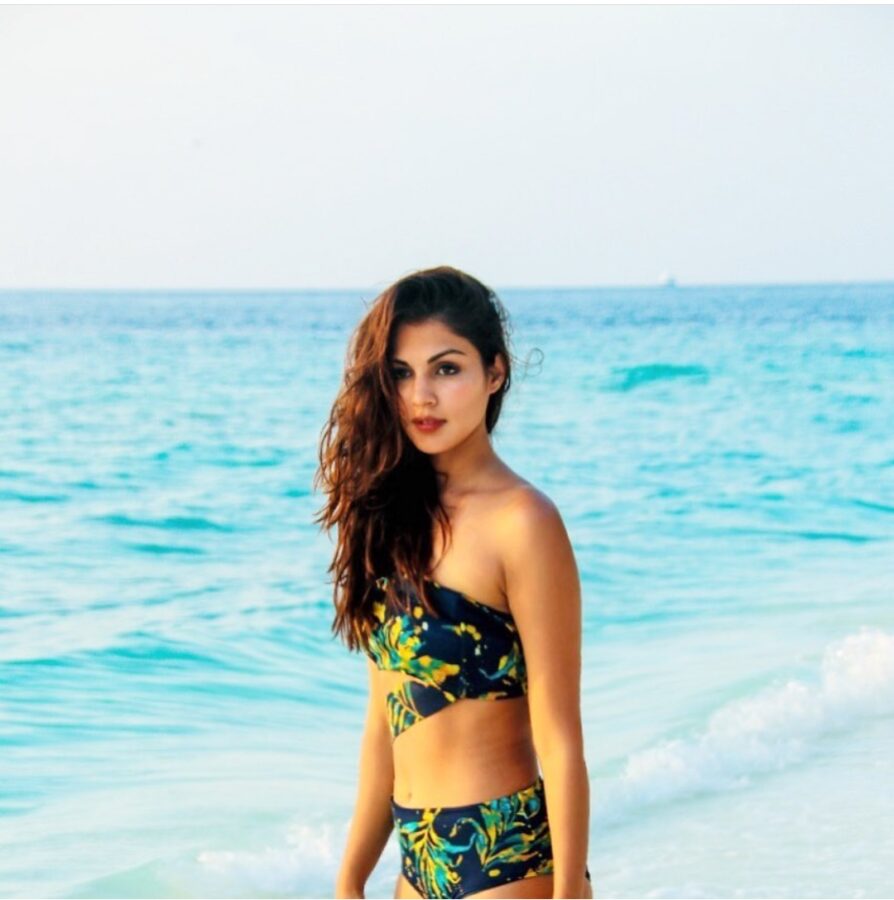 Here we are going to read about one of the talented and emerging celebrities of B-town (Bollywood), Rhea Chakraborty’s biography. She is an actress-model and VJ. Chakroborty was born on July 1, 1992, in Bangalore, India. As per 2020, she is 28 years old. She has a huge fan following on social media. On Instagram, she has more than 2.9 million followers. Chakraborty attended Army Public School, Ambala Cantt. To know more about, Rhea Chakraborty movies and biography, keep on reading this blog post.

The young Indian actress started her television career with MTV ‘s show, TVS Scooty Teen Diva, and was the first runner up. After that, she hosted many shows of MTV like Pepsi MTV Wassup, Tic Tac College Beat, and others.

She has also featured in several T.V commercials like Yepme, Stayfree, Maruti Suzuki, and others. In 2013, she appeared in a Music Video of Ayushmaan Khuranna O Heeriye.

The actress-model was born to an Indian Army Officer, Indrajit Chakraborty. She also has a sibling, Showik Chakraborty. She never opens up anything related to her relationship status but if she does, we will let you know. According to some online sources, she was rumored to date Late Sushant Singh Rajput. In terms of her measurements, she is 5’ft and 6’inches tall and her body weight is around 50 kgs. Her body shape is approx 32-27-32.

She has Jeep Compass in her car collection.

Chakraborty has also posed for many popular magazines like Bazaar, Life Style, and others.

Her Favorite actor is Salman Khan and favorite actress is Madhuri Dixit.

If you want to know more about Chakraborty, you can also follow her on social media. She is active on Instagram And Facebook. For links Check below.

I hope you like our work. Tell us through comments. Also, To Know more, Stay connected to us. You can also look for Sanjana Sanghi. Thank you for reading this, Have a good day.